As the number 1 rated IT company in the Dallas area, Data Magic routinely receives requests for emergency assistance in dealing with cybercrime attacks. One recent request came from a company in Coppell, Texas, that experienced a Windows hack over the weekend. Following is an outline of how the attack was handled along with tips that can help others prevent and deal with such attacks in the future. 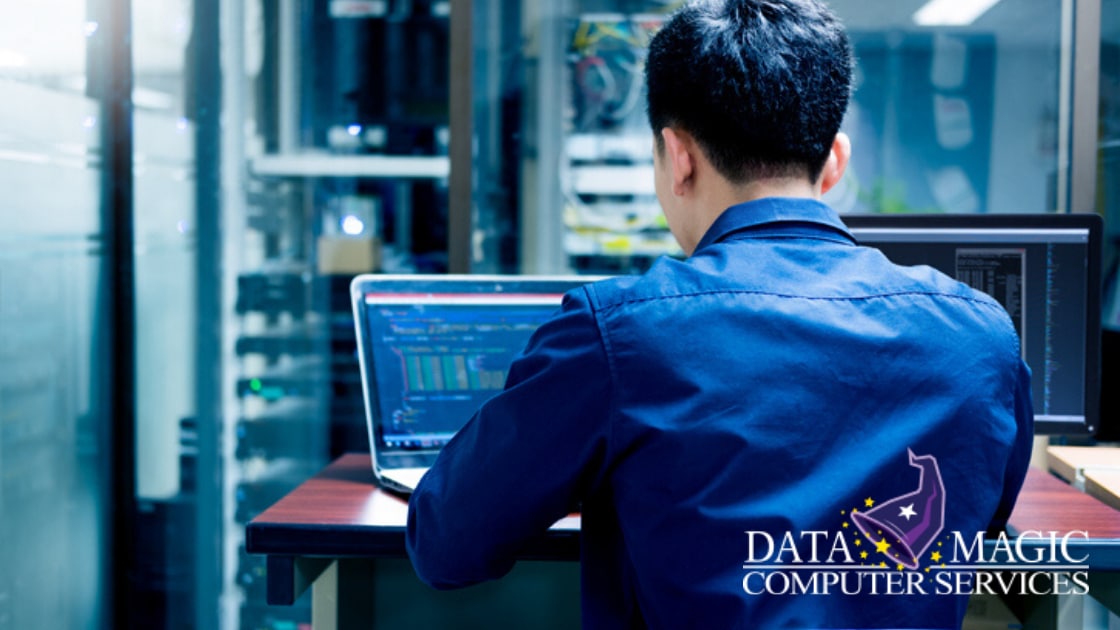 Identifying the Type of Attack and Damage Done

Many types of malware can hack into a Windows server. Upon arriving at the office and coordinating our response with the Houston corporate office IT team as requested, our experts got to work identifying the type of malware that had installed itself on the business computer. We noted which software programs had been compromised by the attack and then checked business data to ensure that it had not been breached. We also searched the dark web for indications that the company’s private data had been put up for sale. When data is breached in this way, companies are required to notify the general public, affected individuals, regulatory officials, and local law enforcement agencies.

Identifying the Source of the Attack

Next, our team uncovered the IP address involved in the attack. It’s not always possible to trace the hacker that conducted the attack but it’s still important to learn as much as possible about the cybercriminal who is trying to access your system. You need to know not only the general area the attack came from but also what type of information the person is trying to access. It’s also important to learn how the attacker got on the system in the first place in order to prevent future attacks.

Finally, our team got to work restoring the Windows server. Once the server was restored, we ran anti-virus/anti-malware software to ensure there were no remaining traces of malware that could reinfect the system at a later date. We re-installed programs as needed and updated all software programs to eliminate vulnerabilities that could lead to a second attack.

Checking for Additional Signs of Infection

Furthermore, our team checked all other office computers for signs of infection. It’s not uncommon for malware to travel from one device to another, rapidly infecting all office devices before a business owner even knows that the systems have been hacked. Because this attack occurred during the weekend, the hacker had plenty of time to access the entire network before being detected.

Once the breach was successfully dealt with, our team sat down with the company to assess how the breach happened and what could be done to prevent it in the future. We offered personalized advice that would increase IT security at the firm without inhibiting regular business operations. Our team then offered to provide IT cybersecurity training to all staff members to increase overall IT security at the firm. Human error is responsible for 52% of all recorded security breaches and ongoing cybersecurity training is a must for firms that want to prevent deadly attacks in the future.

Data Magic doesn’t just fix IT breakdowns and address breaches. We also specialize in offering cybersecurity services that can help to prevent hacks in the first place. What’s more, we offer additional IT services to boost business efficiency, improve customer service, and boost profits. Get in touch with us at your convenience to learn more or to schedule an appointment with our certified, experienced IT consultants.

PREVIOUSNEXT
Hiring an Internal IT Department vs. Outsourcing IT ServicesWhat Will Business Landscape Look Like After COVID-19?