When Facebook first launched back in 2006, the world was introduced to a brand-new way of communicating. Friends and family that lived hundreds and thousands of miles away from one another now could bridge the distance. 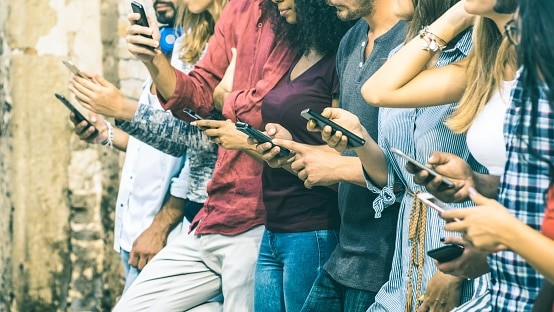 If you have been living under a rock for the last 12 years, Facebook is a social media company that allows family and friends to share pictures, life updates, and any random thought. It also makes you the star of your show, as it gives people a platform to let their voice be heard.

Fast forward to 2018, a little over ten years since the launch, and Facebook has become a household name with over 1.37 billion people logging onto the social media giant daily. However, it is also a place where third-party businesses, sites that post funny pictures and memes, sell their products or distribute news articles, and advertise to Facebook’s billions of subscribers–but not for long.

Here are a few facts that advertisers should be afraid of 42% of them report that Facebook is critical to the success of their business. Their target audience, people, ages 25-34, are the same people that make up the majority of Facebook users. This is the prime target demographic for many businesses’ marketing efforts, and they rely on Facebook to engage these critical consumers.

The California-based company has kept revenue growth throughout the years by selling more and more advertising in its news feed. However, new changes will scale back advertising and bring lesser visibility to their posts. What you will see is more posts from friends and family, especially those that have incited debates in the comments. Prioritizing what friends and family share are Facebook’s way to help people spend time on the site in a more meaningful way. In fact, last week, Mark Zuckerberg, co-founder of Facebook, said his resolution for 2018 was to “fix” the social network.

Besides the influx of advertisers popping up on Facebook, social media has come under fire in recent years for the impact it has on people’s mental health. Several studies were conducted about the effects on people who use sites such as Facebook. The Journal of Experimental Psychology revealed that using the website, even for just 10 minutes a day, had a harmful effect on our well-being.

People have become addicted to smartphones and often use them to keep up with social media. They put these sites at our fingertips 24 hours a day, no matter where we are or what we are doing. Research goes on to suggest that Facebook can make people feel isolated and sad. Even when looking at feeds from family and friends, people are comparing lives, which can lead to depression and a sense that they are not living up to what others are doing. Teenagers are particularly prone to “Facebook depression” as they try to fit in with their peers, according to the American Academy of Pediatrics.

However, other researchers believe the way people react to Facebook depends on their personality. If you are already plagued by anxiety or are unhappy with your life, then seeing other people having fun would more than likely deepen your feelings of inadequacy. If you are self-assured and happy with your life, then seeing the good things in a friend or family members life would make you happy, too.

While speaking with the New York Times, Zuckerberg noted if people begin to feel better while on the site, that Facebook’s business, and its users, will benefit: “I expect the time people spend on Facebook and some measures of engagement will go down…However, I also expect the time you do spend on Facebook will be more valuable…The world feels anxious and divided, and Facebook has much work to do – whether it is protecting our community from abuse and hate, defending against interference by nation states, or making sure that time spent on Facebook is time well spent.”

Facebook may care about their users’ wellbeing, but another reason for the changes stems from a growing backlash from academics and lawmakers, and pressure from regulators in the U.S. and overseas about how social media may be leaving us depressed and isolated. Facebook would certainly rather make changes under their control than be forced to make changes according to regulators. Nor do they want disappointed users to leave for different platforms.

So, just how does Facebook plan to make these changes? They will reconfigure algorithms that guess what you may be most interested in. In the early years, Facebook’s news-feed ranking system was based on three things- Affinity, Weight and Time Decay. According to Marketing Land, affinity is how close the relationship is between the user and the content or its source. Weight is what type of action was taken on the content. Time Decay is how current the content is or how recently it was posted. While those three items are still included, Facebook’s current news feed algorithm considers over 100,000 other factors as well.

While he recognizes that Facebook may never be entirely free of harmful influences, Zuckerberg says that the company currently makes “too many errors enforcing our policies and preventing the misuse of our tools.”

What else does the future hold for Facebook? With Zuckerberg at the helm, it is sure to be bright. When people close to him speak of his skills, it is always impressive. One of his key attributes is to keep moving forward and getting better. One PR rep for Facebook revealed that “He notices things that are broken before anybody. To say he is actively involved is an understatement.” His peers note his persistence and devotion to improving Facebook and himself. Zuckerberg “is a total inspiration in how much he cares about his work and in how hard he works,” says Chris Cox, who joined the company as a software engineer and is now chief product officer. “For all of us who work with him, it is like, Man, he is so good at improving.”

PREVIOUSNEXT
Marketing with LinkedIn: The Secrets to Masterful MarketingThe Comprehensive Guide to Understanding and Stopping Ransomware