Why Is Cybersecurity the Number One Concern for CEOs in 2019? 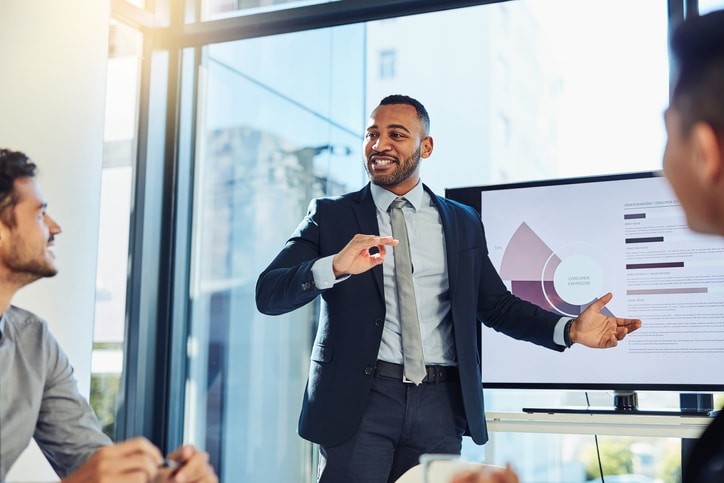 While some might assume that fear of an economic recession would be at the top of the list of key issues CEOs concern themselves with, a recent survey found that another issue is of much greater concern: Cybersecurity.

This is no surprise.

For the past several years, cybercrimes and data breaches among companies large and small, governments, and even individual citizens have risen drastically. While it’s true that many CEOs still assume a data breach at their own company is highly unlikely, with the ultimate price tag of such attacks ramping up to the millions of dollars (and recovery being hardly successful), it makes sense that CEOs are taking notice.

What Does a More Concentrated Focus on Cybersecurity Mean for Companies?

Corporate chiefs and C-suites who are most concerned with cybersecurity are naturally becoming more involved in their companies’ defense strategies. After all, a breach of data isn’t just about the loss of money. It can also mean the loss of a job for a CEO or C-suite member and a permanent label as someone who can’t secure their company.

Furthermore, even if a breach doesn’t cost a corporate leader their job, customers, clients, and investors are sure to drop their interest in a company that’s lost data, money, and trustworthiness after a cyberattack. Large companies like Yahoo, Target, Equifax, and others have all felt the blow of such fallout.

How Do Most Cyber Attacks Originate?

When most people think of a cyberattack, images of an ultra-sophisticated Russian hacker sitting in a darkened basement with glowing green and blue lights comes to mind. However, cyberattacks can come from anywhere and from anyone. They may be performed on public computers, from office buildings, at public Wi-Fi cafes, from residential homes, or even in airports.

Your own cyber attacker could be coming from across the world … or down the street. Once you find out that your company’s data’s been compromised … it may not really matter anyway.

Because of their cloak and dagger way of operating, cyber attackers and criminals are rarely located and seldom caught or prosecuted. Part of being a cybercriminal, after all, means knowing how to confuse and reroute IP addresses through a multitude of countries. This makes retracing the invader’s steps a serious challenge — even for the most advanced IT specialists.

Therefore, the key to avoiding such attacks is, of course, to prevent them in the first place. This is the goal of an increasing number of savvy CEOs. It means putting cybersecurity first and foremost on their priority list and recruiting the help of highly-educated and trained information technology specialists.

How Can CEOs Prevent Cyberattacks in Their Companies?

The key to preventing cyberattacks is knowing how they start in the first place — and remember, it’s not where most people would think.

While lore claims that vampires must be invited into a home before they can step foot inside, cybercriminals also work their magic by essentially being given access to sensitive data by unknowing company employees — or even CEOs and other upper management members themselves.

What Is Phishing and How Can You Prevent It?

Phishing generally takes place via email. The target receives a fraudulent email that claims to be from someone the target trusts, like the institution they bank at, human resources at their company, or upper management.

Somewhere in the email, the target is asked to send sensitive information for a “security check” or similar. Alternatively, they may be asked to “click here” for more information or to receive a coupon special, for example.

This is all with the goal of getting the target to do something that will allow malware onto their computer. Once this happens, the hacker who sent the phishing email will be able to steal, ransom, or corrupt sensitive company data.

The best — and in some ways, the only — way to combat phishing is to adequately train your employees and entire staff. You’ll need to teach them to:

If you are a CEO or C-suite member who’s concerned about the cybersecurity of your company in 2019, you’re on the right track. While the growth of your business and the frightening possibility of a recession are surely important to you as well, everything can be lost in an instant if your company is attacked by a cybercriminal. Taking steps now to better train your employees and enlist the right cybersecurity professionals to protect your business is wise and responsible.

PREVIOUSNEXT
9 Cybersecurity Terms You Need To KnowHow Can You Focus Your Company on Reliable Anti-malware Strategies?